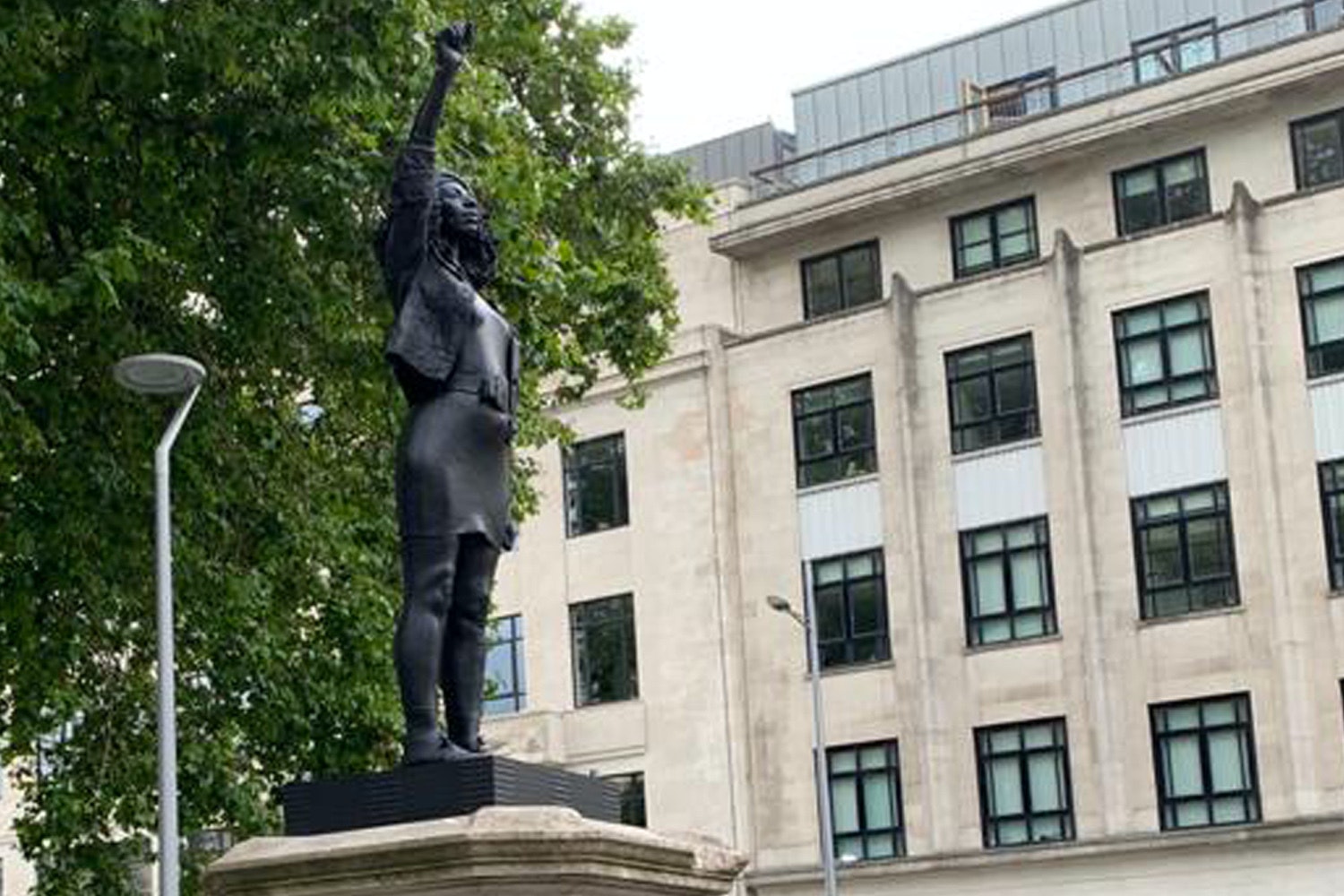 Privilege Feeds Privilege: On the Toppling of Edward Colston and What Came Next

VASW has reached out to members of the regional and national visual arts community to platform and share the ongoing discussions in response to Marc Quinn's A Surge of Power (Jen Reid). The sculpture, positioned on a plinth in Bristol in place of slave-trader Edward Colston, was guerrilla installed on 15th July and removed by the city council the following morning.

Bristol based Savinder Bual (artist) and Angie Bual (Producer & Artistic Director of Trigger Stuff) bring a local voice to the discussion. This perspective presents an honest insight into the histories of inequality within the city of Bristol, whilst questioning the ethics of Marc Quinn’s fast track response to the ongoing fight for Black liberation.

We acknowledge that this discussion is still ongoing, and warmly welcome further voices, particularly from Black communities, to share their responses.

Almost as soon as Colston’s statue had been toppled, suggestions of how to fill the empty plinth appeared. It was as though it was too unnerving to leave the space unoccupied. Bristol City Council promised to consult with the community on what would happen next, but residents of Bristol know from experience that democratic consultation is slow and creaky. For example in 2017, Colston Hall promised to change its name and we are still waiting to see the results of that story. Another example was the rewording of the plaque displayed below Colston’s statue. The plaque was removed 3 years ago and has gone through several rounds of rewording, and has yet to meet a consensus.

So when Jen Reid stood up with her fist raised, during the Black Lives Matter protest - a striking image which was captured by her husband - you can see why Marc Quinn reacted. He contacted Reid via social media to begin a collaboration, but given that Quinn had a preordained idea of what his artwork would be, can it really be called a collaborative artwork? Reid’s agency was surely limited to either being included or excluded in the next chapter. The more cynical of us might be forgiven to wonder if the word collaboration was used simply to protect Quinn from the criticism he later faced.

Turning to the artwork itself, the chosen form was exactly the same as the statue before, a traditional Western monument. Reid’s image was not offered the same sculpted care that Colston’s was given, instead a plastic 3D printed copy was hastily made to occupy the charged space that had so recently been vacated. The plinth was key advertising space for any artist and Quinn bought it because he had the cash ready to do so. He must have known that whatever he created would make international news.

The speed of his creation, and his ability to facilitate such an act underlines the fact that if you have the power and privilege to create work of scale, you will reap the reputation and reward. If this really was an artwork about Reid’s Surge of Power, then why did he need to foreground his name?

It was lauded on social media that the sale of the work would be given to charities of Reid’s choice but 2020 calls for more than tokenism.

Reid and Quinn knew that the work would be temporary, but did Quinn stop to consider what the erasure of a powerful Black woman from a public space may signify, and what emotions this would evoke?

Quinn’s plastic on the plinth has triggered many multilayered conversations, but with it he has poured salt onto a wound that was not his to open. 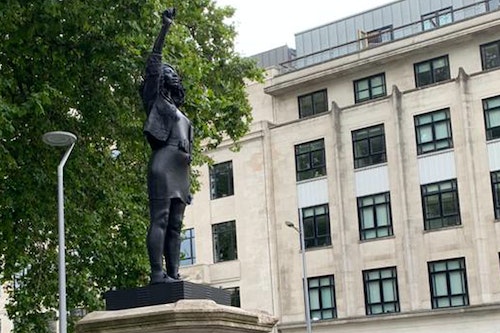 Quinn’s plastic on the plinth has triggered many multilayered conversations, but with it he has poured salt onto a wound that was not his to open.

Quinn’s actions coupled with the recent Black Lives Matter protests have served to underline the inequalities that non white people face. Bristol is in the top 10 most unequal districts in the UK for Black and Asian employment out of 348. Added to that, none of our leading NPO cultural organisations have a representative workforce. For a city that has a 16% Black and Asian population, the creative workforce is as little as 2% in some cultural institutions. These figures should be an embarrassment to Bristol.

Privilege feeds privilege. Quinn will earn his money back easily, thanks to this publicity stunt. The question for us in the cultural sector of the South West is what to focus on next? Is it a diversion to put our energy into occupying the plinth itself?  Perhaps our time is better spent redistributing the wealth and power across all of the spaces in Bristol’s cultural sector.

Maybe we should live with the awkwardness of the empty plinth until this work is done, reminding us all that we need to step up and make space.

Savinder Bual is a Bristol-based artist driven by my fascination with the illusory qualities inherent in cinema and early animation. Angie Bual is the Producer & Artistic Director of Trigger Stuff, as well as a member of ACE's regional board. 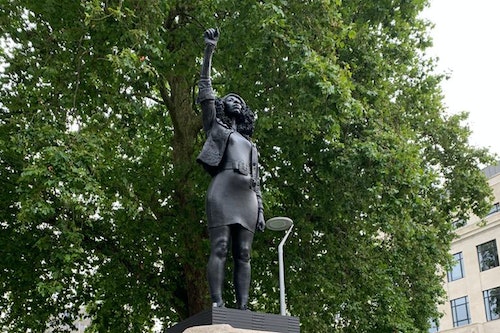 Suta­pa Biswas reflects on the events that led to the removal of the Edward Col­ston stat­ue in Bris­tol and com­ments on Marc Quinn’s stat­ue of Jen Reid.
Posted
22/07/20
Author
Sutapa Biswas
Find out more +

An ongo­ing list of resources to help us learn and relearn all we can about racism with­in the arts and with­in wider society.
Posted
24/06/20
Shared by
VASW
Find out more +
Writing
Rights & Pay, Care, Research, Mentoring, Connecting 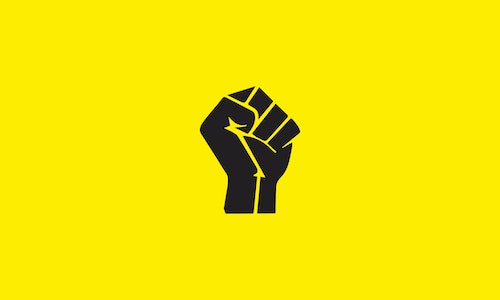 Visu­al Arts South West stands in sol­i­dar­i­ty with Black com­mu­ni­ties in the UK and around the world.
Posted
01/07/20
Source
VASW
Region
Region-wide
Find out more +