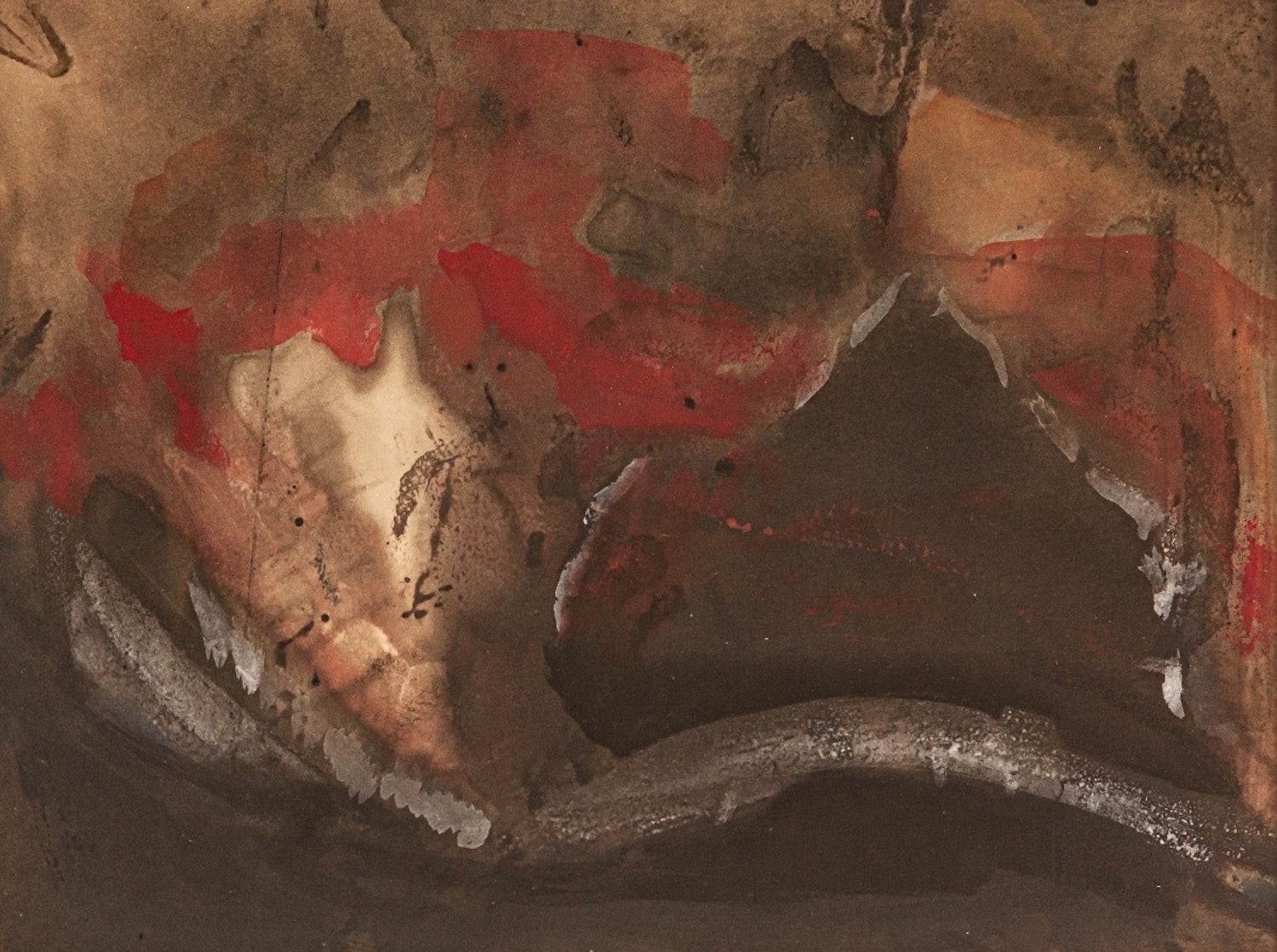 Between Heaven and Hell

Having studied Fine Art at Newcastle and the Royal College of Art in London during the 1970s, Frake has previously been known for his work in film, video and performance art, exhibiting works at festivals and galleries internationally. Today, he returns to this success as a desire to paint and draw again has grown over time.

A journey of rediscovery has seen a range of influences combine to inform his new work; the writings of Franz Kafka and Robert Walser, the poetry of Georg Trakl, the Book of Revelations, the films and writings of Andrei Tarkovsky. A visit to the National Gallery of Scotland saw the discovery of a small work by the expressionist painter Chaim Soutine, Le Mas Passe-Temps, Ceret 1920-21. This would go on to become a pivotal image in informing Frake’s new works, attracted to its swirling foray of thickly applied paint, darkness, distorted trees, and buildings.

These allusions resonate through a series that is dark in tone. A heavy bitumen base forms the substrate for most pieces from which, a process of removal, often competed over many days, reveals common motifs and themes through sanding, inscribing, and peeling techniques. Angels, trees, ladders, mountains and tiny stick figures are revealed in negative against this thick, textural layer, emerging from darkness or perhaps immersed in it. 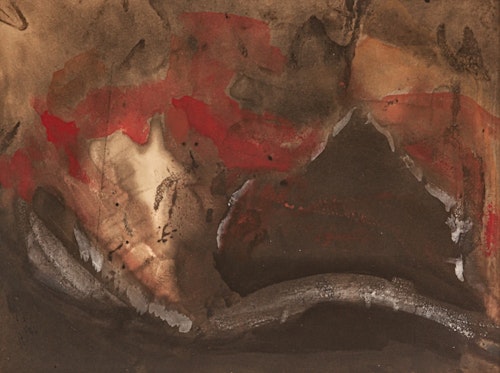 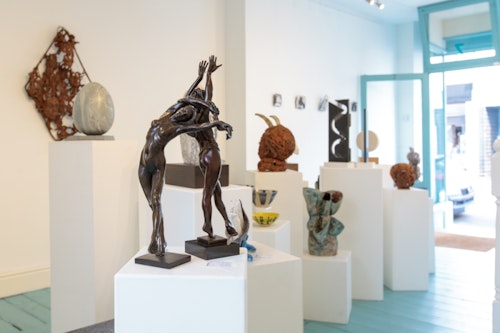 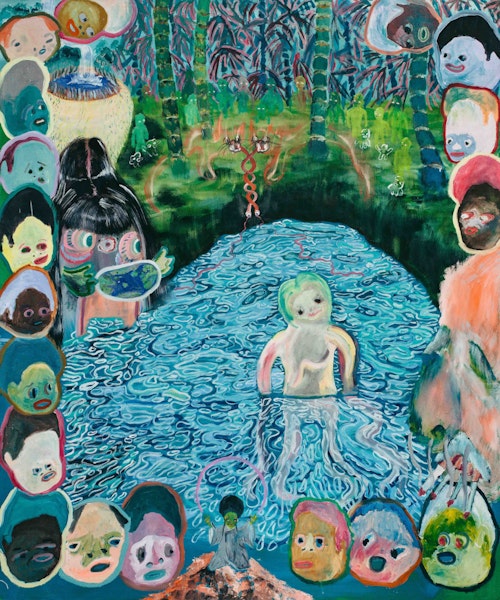 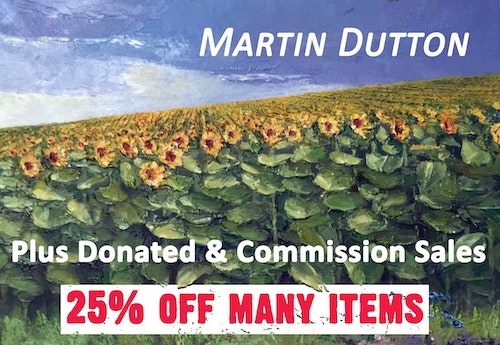 A fundrais­ing exhi­bi­tion & sale, with work by Mar­tin Dut­ton and Eric Haynes. The price of many works have been reduced by 25%
Dates
11/01/21 – 05/07/21
Organisation
TAAG - Teignmouth Arts Action Group
Region
Devon
Find out more +