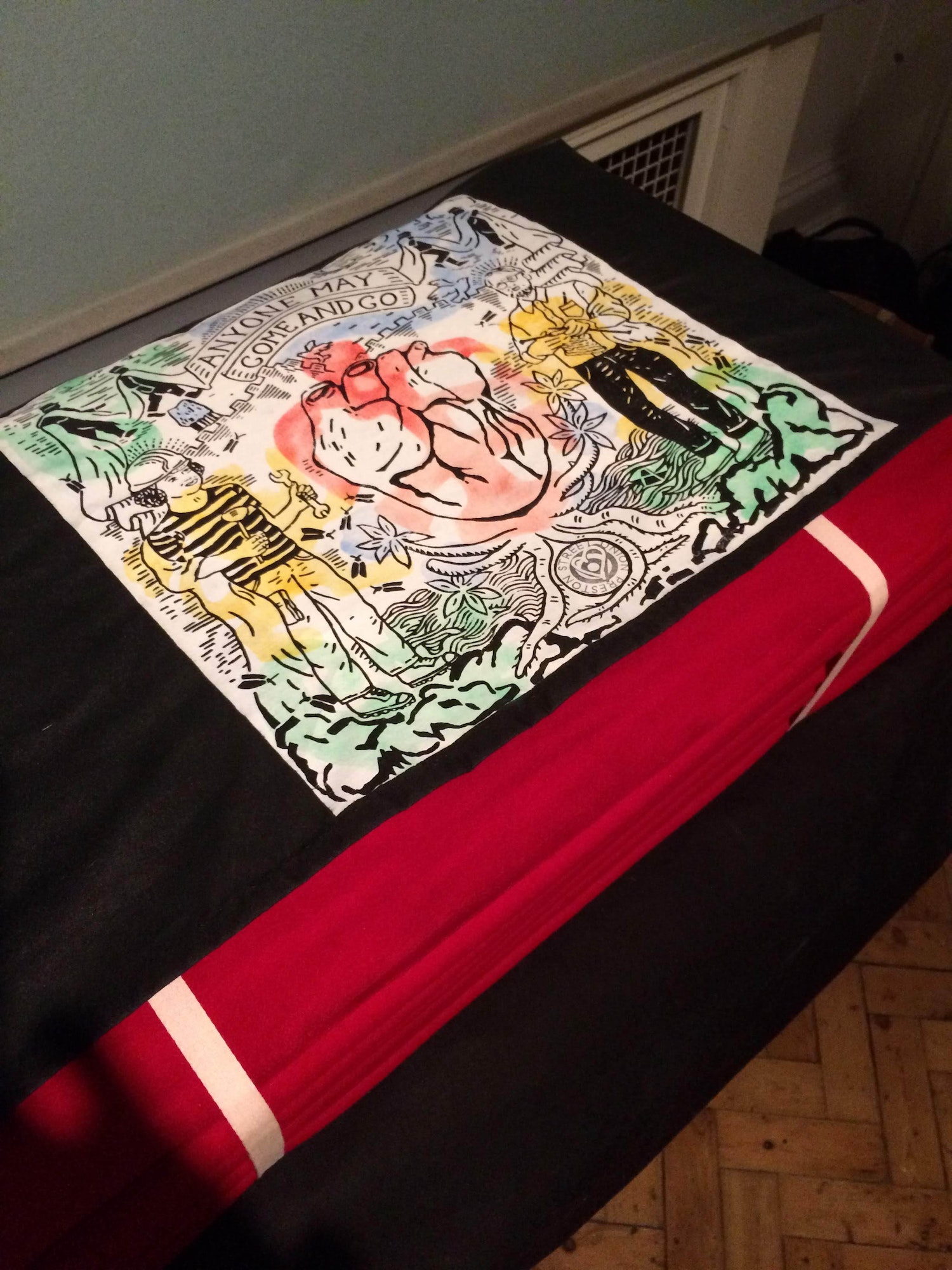 PSU: Anyone may come and go

Date
15/02/20
Organisation
Royal Albert Memorial Museum & Art Gallery
Region
Devon
Address
Queen Street, Exeter EX4 3RX
Opening Times
Website
ram​mu​se​um​.org​.uk/​g​e​t​t​i​n​g​-​i​n​v​o​l​v​e​d​/​e​x​h​i​b​i​t​i​n​g​-​a​t​-​r​a​m​m​/​r​a​m​m​-​a​n​d​-​c​o​n​t​e​m​p​o​r​a​r​y​-​a​r​t​-2018 – 2022/
Focused on Exeter’s historic wool trade, Preston Street Union have been investigating the flow of people, artefacts and ideas that have enabled the city to prosper.
At the height of the wool industry, traders wrapped lengths of fabric for export in elaborate parcels known as tillets. The tillets were decorated with ornate, specially commissioned prints, which acted as a branding device. While some of these sizeable wooden printing blocks can be seen in the RAMM collection, no known examples of complete tillet wrappers have survived, and so their construction and use is a matter of some speculation.

Working with the RAMM Collections and new research gathered by local historian Dr. Michael A Patrick, Preston Street have re-imagined a tillet wrapper marked with a collectively created contemporary design that draws attention to the creative industries. The block from which the design is printed has been carved using traditional techniques by Saena Ku. The wrapper encloses a 15-metre length of red woollen cloth that was previously used by Preston Street Union in the work SERGE/SURGE, a series of live actions around Exeter’s city wall in 2019, commissioned by RAMM.

A paper print of the design will be distributed throughout Exeter and beyond in a contemporary act of trade and distribution, inviting reflection on the theme of migration. https://prestonstreetunion.wordpress.com 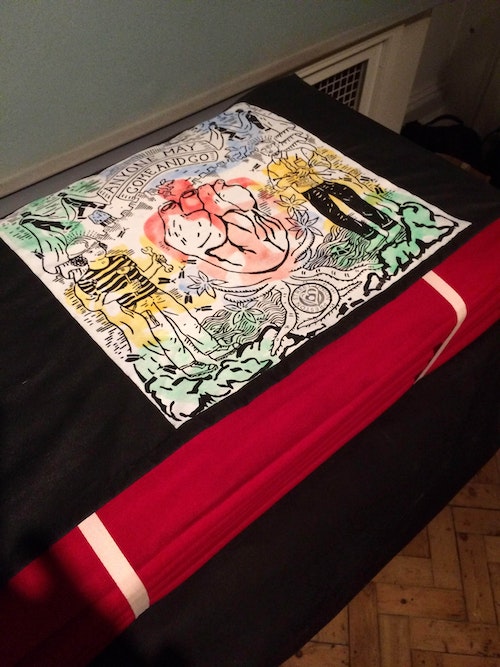 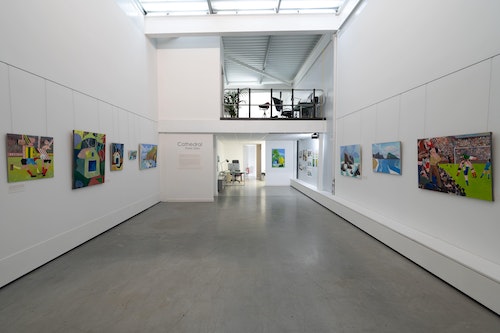 We are delight­ed to pre­mière a brand new film by artist Lar­ry Achi­ampong espe­cial­ly com­mis­sioned in response to COVID-19 and the sub­se­quent lockdown.
Dates
01/10/20 – 31/01/21
Organisation
John Hansard Gallery
Region
Southampton
Find out more +